Protests across America over CAA on 26th January

On Republic Day, Indians across the United States are protesting against the New Citizenship Act and the NRC.

The protest will be held on January 26 in 30 cities across America. This day will be celebrated as a Day of Action by the expatriate Indians. Protests were spreading throughout America. Demonstrations were also held in Atlanta, New Jersey, for the same reason last Sunday.

This time the protest will be held in front of the Indian embassies. Preparations are under way for 30 cities, including New York, Washington DC, Houston, Atlanta, Chicago, San Francisco, Seattle, Austin, Detroit, Wisconsin, Cincinnati, Denver, Minneapolis, Los Angeles. Demonstrators will gather in Washington DC on Pennsylvania Avenue south of the White House.

From there it will go in front of the Indian Embassy on Massachusetts Avenue. Somditya Kar will join New York protests Somatitis, who has been working in the field of information technology, has already started posing for anti-citizenship law, NRC, NPR. He will join the protest this Sunday with posters. 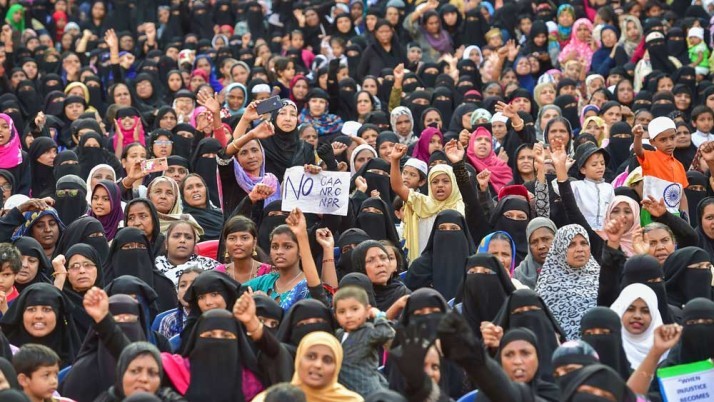 The wave of anti-CAA protests will also be seen in the United States this time. Photo: PTI.

Somditya said that the police were facing brutality if they opposed the law. Death also happened. There will also be protests against this. He said, “The law seeks to destroy the secular character of India. Communalism cannot be a political one. It is the task of the anti-socialists to spread the doctrine of minority murder and rape in the name of religion or caste. ”

Debina will be in Houston’s procession. Researcher Debina said they would be protesting in front of the Indian embassy on Scotland Street in Houston. He also said, “This law is against the constitution. It needs to be protested. “In the words of Debalina,” Death has occurred in Uttar Pradesh due to opposition to the law. Opponents of the law are spreading hatred on social media. We also protest against all this. “

Tags: Protests across America over CAA