Most Famous Historical Places In India That You Need To Visit

Best places to visit in India

INDIA – the name says it all. With more than 30000 years of history, India is considered as the birthplace of numerous cultures and religions. This country has gone through various ups and downs as the country ruled by various dynasties and almost 200 years by British. But none of them can destroy the culture and natural beauty of India. Keeping in mind the vastness of the country, nature and culture it is very difficult to choose only 10 of them. Still this is an attempt to irradiate 10 best places to visit in India.

“The Heaven on earth” – Kashmir is considered as one of the most beautiful place in India. You can enjoy the beauty of Gulmarg, Sonmarag, Pahelgum and also the cave of Amarnath where lacs of pilgrims visit during July – August for sacred reasons. Leh- Ladakh is another crown of Kashmir. You can enjoy the bike ride from Srinagar to Manali via Leh highway. With the blue sky overhead and changing colours of different mountains you will have a great time with your dearest one. The road is 490 km long and is only open from mid of May to mid of October. Khardung La is the highest motorable road in the world with 18380 ft is on your way to Manali. Zaskar valley, Pangong Lake, Kargil, Nubra Valley. Magnetic Hill, Spituk Gompa, Hemis Monastery, Tso Moriri Lake, Leh Palace in this tour. Hemis festival is the most popular festival organised in June. 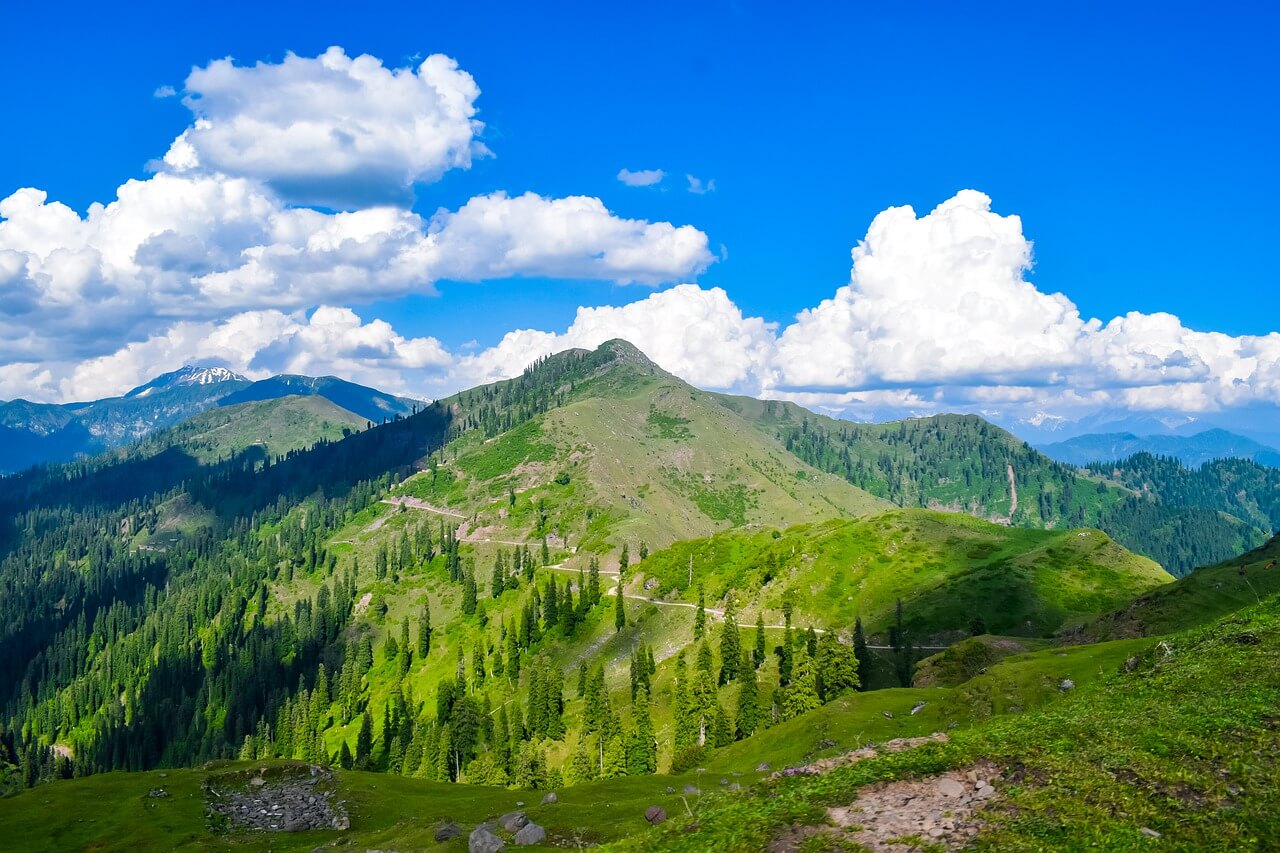 Rajasthan – The land of Rajputs is one of the mostly visited and admired places by the Indian as well as travellers around the world for its history and rich cultures. Surrounded by many historical forts and deserts it is one of the best places in India to visit. Pink city Jaipur, Udaipur, Jodhpur, Golden city Jaisalmar (Desert), Bikaner, Pushkar, Chittorgorh, Ajmer and only hill station Mount Abu are the 10 cities you should visit to know Rajasthan. As this this is the largest state in India it would take almost 3 weeks to cover the whole state. Festivals are not to miss in Rajasthan for its cultural heritages. Travellers will have a life time experience visiting Rajasthan.

The capital city of India is carrying so many historical places with it. The major spots which must be covered is Red Fort, Qutab Minar, Lotus Temple, Akshardham Temple, Parliament, Supreme court, Rastrapati Bhawan. And if you really want to get the essence of Delhi you must visit Chandni Chowk and Old Delhi which was also the capital of Mughal Empire till its fall in 1857.

Agra is almost 4 hours drive from Delhi and it’s well connected with bus, train and car. It’s situated in the banks of the river Yamuna. The most visited is Taj Mahal which was built by Mughal Emperor shah Jahan, Jama Masjid, Moti Masjid, Fatehpur Sikri are other must seen sights.

Amritsar is a must visit places in the state of Punjab. It’s main attraction is Golden Temple the most important pilgrimage and it has been nominated as UNESCO World Heritage sight. Then we will visit Jalianwala Bagh where in 1919 thousand of Sikhs killed in the day of Baisakhi by Gen Dyer troops. On 1951 Govt. Of India created the memorial where all these information are depicted. Akal Takht, Maharaja Ranjit Sing Meusem, Durgiana Temple are the spots to visit. 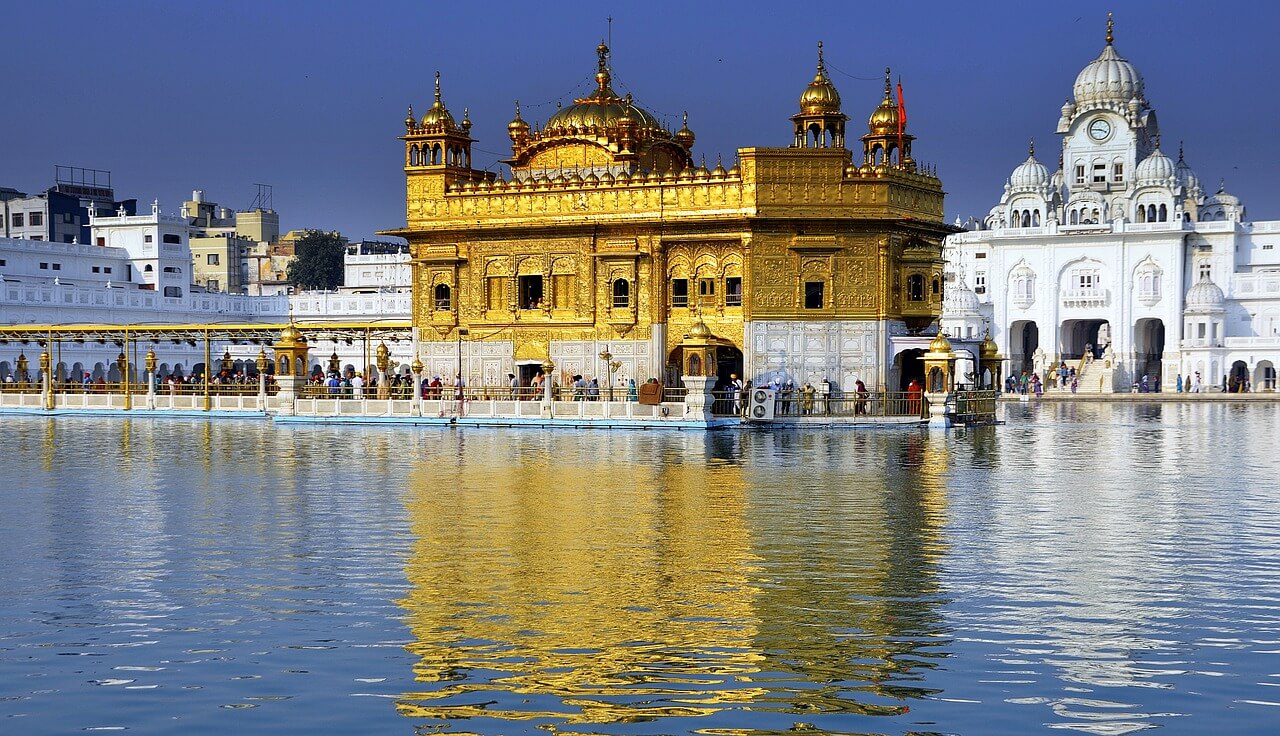 The Lowering of the Flag Ceremony at Attari – Wagah border is a must seen. This ritual is celebrated at the evening of everyday. It’s a symbol of rivalry as well as brotherhood between two neighbouring countries.

Himachal Pradesh is the northernmost state in India situated in the abode of western Himalayas. Standing from capital Simla, Kulu, Manali, Rohtang Pass, Kaja, Kalpa, Kinuaur, Lahul – Spiti there are so many breathtaking mountains to offer in HP. It is also a great attraction for the adventure tourism who would love to trek Chandratal, River rafting, and high attitude motor bike adventures. Tourists would have a lifetime experience in HP. 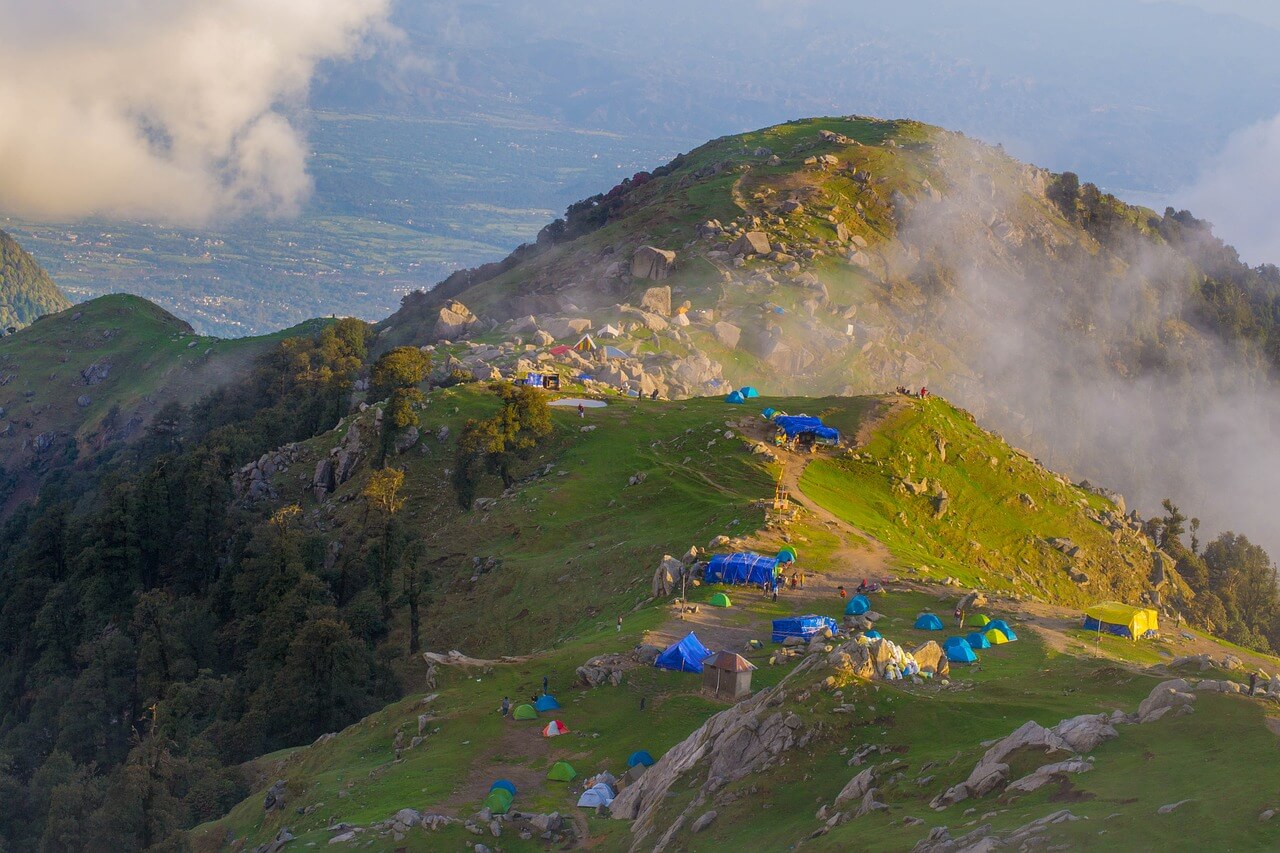 West Bengal situated in the eastern point of India stretching from the great Himalayas to Bay of Bengal. The diversity of languages and cultures of Bengal will definitely captivate your soul. 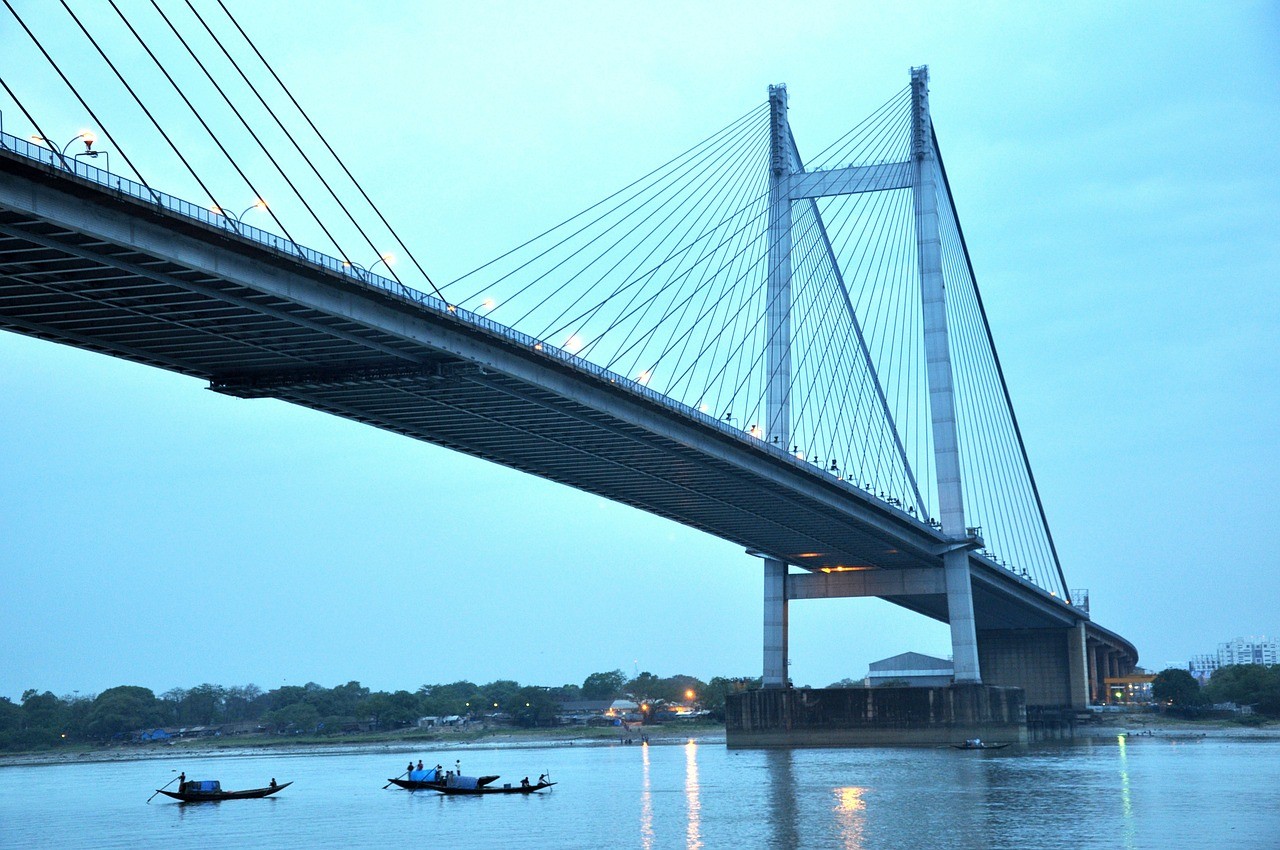 The crown of Bengal Darjeeling offers you the snow clad mountains, Lush greenery and breathtaking views of Eastern Himalaya. The lead offers you picture perfect scenery with green tea gardens, red rhododendrons, white magnolia. From Tiger Hill you will, see the stunning view of snow covered peak of Kangchenjunga.

Bishunpur is famous for its ancient temples of 15th century. The temples are proof of the rich architecture of the past. Jorebangla temple, Rashmancha, Pancha Ratna Temple, Radha Govinda temple are some of the sights you never want to miss out.

Rabindra Nath Tagore’s Visva Bharati University in Santiniketan attracted plenty of travellers across the world. Well connected with trains and roads Santiniketan is a must visit places in WB. Poush mela and Basanta utsav are the two mostly visited time here.

Situated in the shore of Bay of Bengal Digha is the sea beach you never want to miss in WB. The shallow beach is 188 kms away from Kolkata and is well connected by train, bus and car. The virgin beach of Tajpur, Mandarmoni, Udaipur and Talsari will definitely drench your aspirations of sea beth.

Sunderban is a mangrove area in the delta formed by the confluence of the Ganges, Brahamaputra and Meghna rivers in the Bay of Bengal. It’s an UNESCO World Heritage site and the resistance of Royal Bengal Tiger. The most abundant tree is Sundari and Gewa from where the name came. It’s the habitat of 453 formal wildlife, including 290 bird, 120 fish, 42 mammals, 35 reptiles and 8 amphibian species. Sajnekhali, Sudhanyakhali, Netidhopani are few sport to visit.

This state is situated in the western pant of India and it’s capital Mumbai is the business capital of India. Juhu beach is the main attraction for all tourist and travellers enjoy the beach with local foods and amusement till late night. Gateway of India, Elephant caves, Chatrapati Sivaji Terminus, Elephant Island, Kanheri caves, Sanjay Gandhi National park, Esselworld are the places you must visit.

Historical caves Ajanta & Ellora has tremendous historical values. It’s situated in the city of Aurangabad almost 8 hrs drive from Mumbai. Lonavala is a hill station near Mumbai where people from Mumbai go for weekend tour.
Shirdi is a town in the state of Maharashtra. It’s known as the former home of spiritual leader Sai Baba. Many devotees gather daily at the temple of honour his legacy.

Goa is a travel paradise for all who like to enjoy the virginity of sea beach. Situated in the western part of India it attracts people from abroad as well as Indians. It’s almost 10 hrs drive from Mumbai and is well connected to Mumbai by train or car. It will take 3-4 days to cove up all the beaches – Palolem, Calngute, Anjuna, Baga, Dona Paola, Vagator and Colva. Goa is divided in North & South Goa. End of December is the peak season for Goa. Many national and foreign tourists come in Goa in Christmas season. 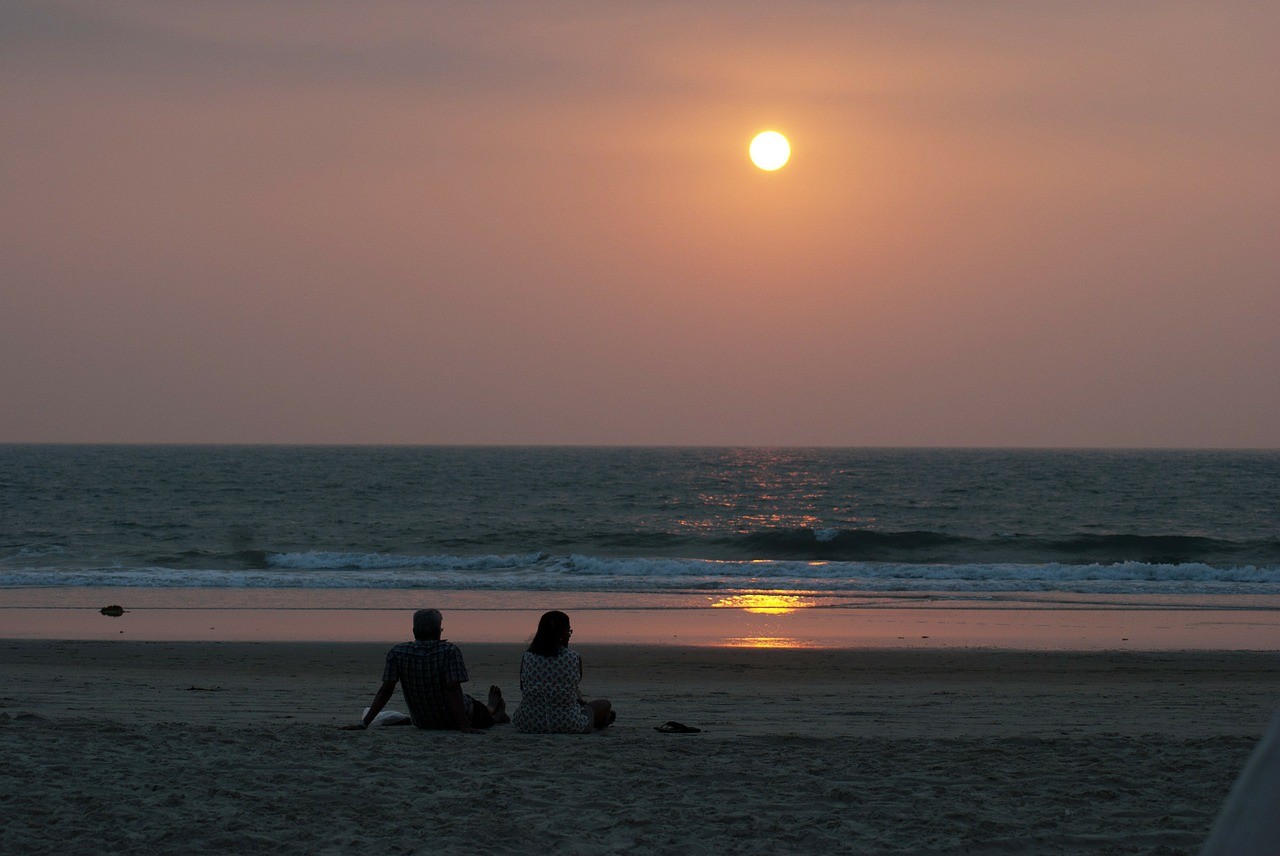 Lakshadweep is an union territory of India situated in the coast of Kerala. It’s a tropical archipelago of 36 atolls and corals reefs in the Laccadive sea. Only a few inland are inhibited and few of them are open to the tourists. It’s capital is Kavaratti. The underwater view at Lakshadweep is kaleidoscopic and breathtaking. The lagoon offers excellent potential for water sports like swimming, wind surfing, diving, snorkelling and kayaking. Each island is fringed by snow white coral sands. The Crystal clear water and abundant marine life enhance the beauty of these islands. 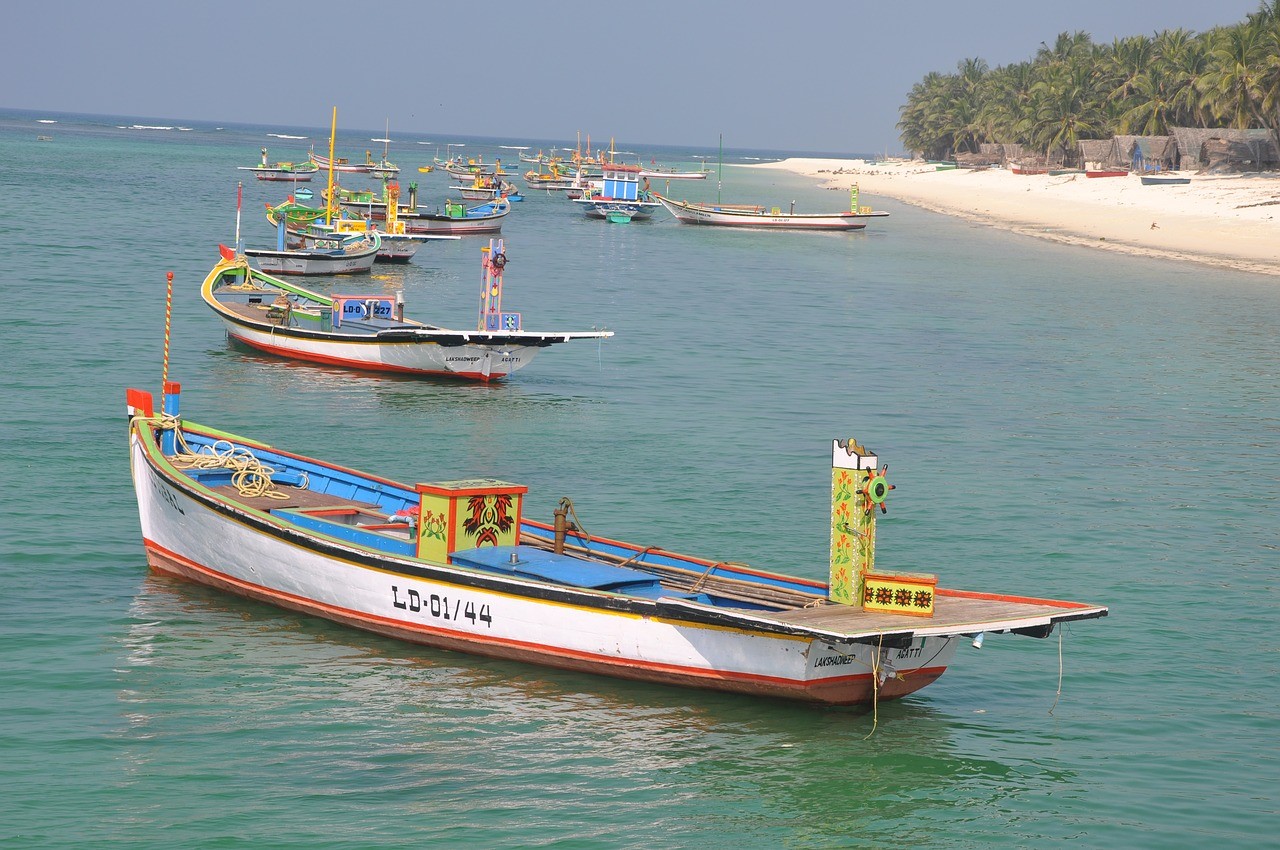 The Andaman island are an Indian archipelago situated in the Bay of Bangle. Almost 300 islands are known for their palm lined, white sand beaches, mangroves and tropical rainforests to do driving of snorkelling. There are inhibits of remoteness of Islands of which some are restricted for the tourists to visit.

Port Blair is the capital of Andaman. It’s well connected with flight and ship. In 7-8 days tenure you can complete all the places like – Havlok Islands, Cellular Jail, Swaraj Deep, Nicobar Islands, Neil Island, Baratang, Digipur, Little Andaman, Mayabandar, Bharatpur, Ross Islands, Anthropological Meuseum. November to May is the best time to visit Andaman. Rainy season should be avoided for the high tidal waves at Andaman sea.

One of the sisters of serene sisters of North-eastern India Arunachal Pradesh is still a virgin tourist destination. A state with picturesque mountains, unexplored passes, tranquil lakes and famous monasteries. It’s a perfect place to explore the tribal culture, High attitude meadows and sub-tropical forests and to the charm of the beautiful state.
Itanagar is the capital city of Arunanchal. In 6-7 days you can visit all the tourist destinations in Arunanchal. Located at a hight of 3048mtr Tawang is known for many beautiful monasteries and birthplace of the 6th Dalai Lama. That’s why it is extremely sacred for the Buddhist. Tawang Monastery, Sela Pass, Madhuri Lake, Tawang War Memorial, Gorichen Peak, Nuranang Falls are few spots need to visit. 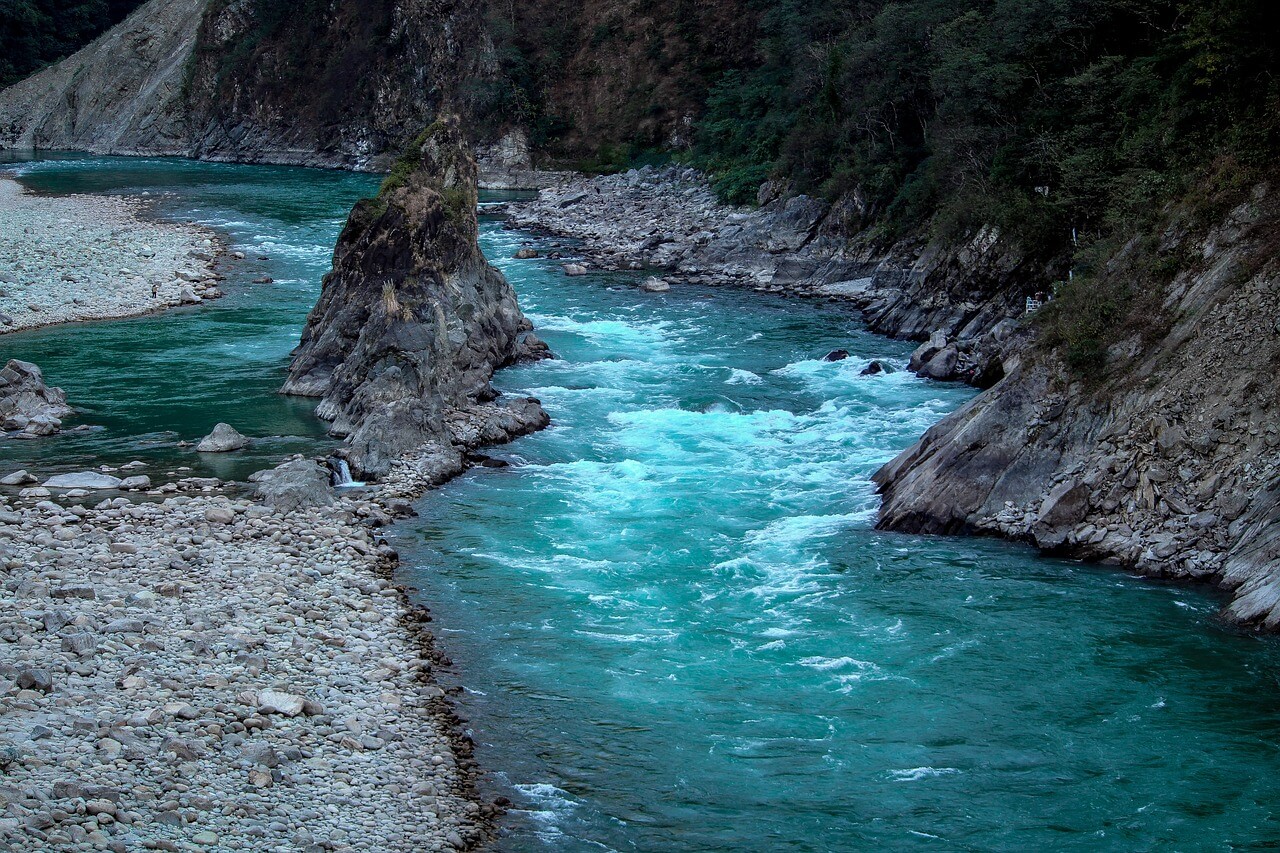 Liro, Bhalukpong, Anini, Bomdilla, Passighat, Aalo, Triap are must in your tour itinerary. April to October is the time to visit Arunanchal. After that it is hard to go for the snow in winter.
Losar Festival in Arunanchal Pradesh celebrated to welcome a New Year in the month of February.

Munnar is a town in the Western ghats mountain range in the state of Kerala. It’s a hill station in Kerala is situated at a height of 5200 ft. It is also called as the “Kashmir of South India”. The nearest rail or air connection is Cochin.
In 5-6 days you can complete the tour. The scenic beauty and the marvellous waterfalls, high mountains, tea gardens will definitely sooth your eyes.

In Munnar you should visit Flower Garden and go for the Elephant safari, Mudapetty Dam, Eco Point, Kundala Dam where you can enjoy the boating.

Next day go to Tea Meuseum, where you will get the taste of Nilgiri tea. Then visit Erarikulam National Park – the sanctuary for the endangered Nilgiri Tarh, a mountain goat in Southern India.

Next day drive for 110 kms to reach Thekkady through Cardamom hills. Take a boat ride on the Perriyar Lake. The forest department offers many programmes including Tiger trail, nature walk, bamboo rafting.

You may also include Aleppy to your tour. It is known as the “Venice of the East” for it’s special geographical features as the place is famous for its back water stretches. Stay in a House Boat and enjoy the serenity of nature and explore back waters. Enjoy the ride and delicious South Indian cuisines at house boat.

Next day pack your baggage with a promise to return once again in this paradise.