In the first place, Hima Das is the name on every Indian’s lips now. In fact, all news is Hima Das news nowadays. She is often regarded as the golden girl. Being from Assam, she is nicknamed as the Dhing express. Not to mention, Hima is the first Indian athlete to win a gold medal in an international running event. Read on to know more about Hima Das.

Hima was born on 9 January, 2000 at Kandhulimari Village, Assam. Her parents are farmers by profession. As a matter of fact, Hima is initially interested in playing football. Hima thinks of pursuing a career in football. Later, in view of advice, she changes her objective towards sprint running. Hima Das’s state from which she hails will be markedly remembered after her name. 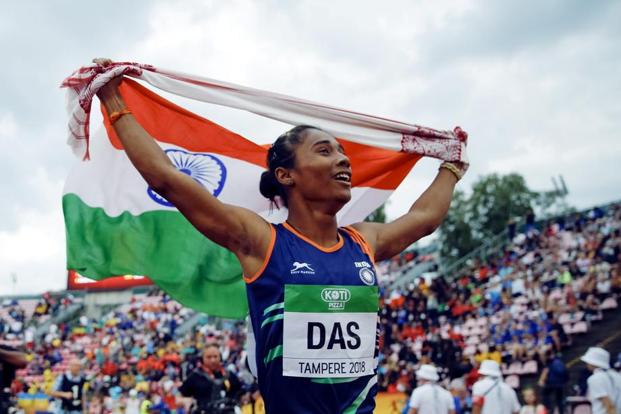 On 12 july018, Hima Das wins 400m final at Finland clocking 51.46 second. Consequently, she becomes the first Indian sprinter to win a gold medal at an international track event. Hima is signed by Adidas in September 2018 for an endorsement deal. Forthwith, Hima Das has set breathtaking records in athletics. 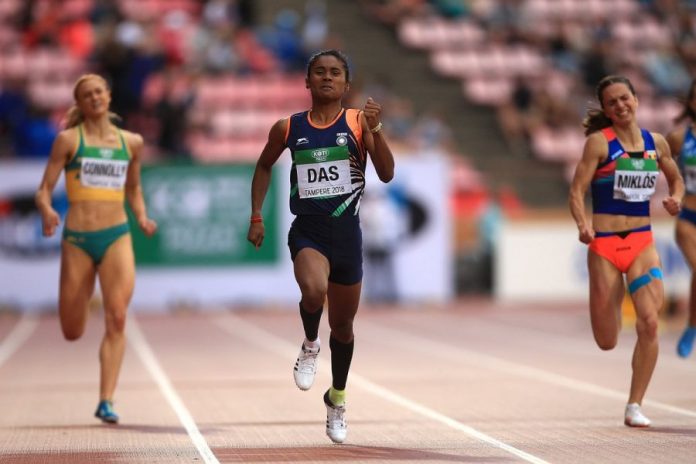 Notably, Hima comes from a very humble background. Her parents are farmers. Surprisingly, she cannot afford even a shoe while practicing. Later in her life, Adidas signs her for endorsements. Indeed, what a fighter she is. She has created her destiny instead of accepting it unlike most o the people. From a farmer’s daughter to a golden girl, Hima’s hardships are certainly awe inspiring. Every Indian is proud of Hima. Her exemplary life motivates every Indian today.